What are Gigabit Cities?

CityFibre are working toward igniting the digital revolution that would see all homes, businesses and schools operating with Gigabit internet connections, changing the way we all live.

This requires great nationwide transformation, and more UK cities are receiving their Gigabit status as CityFibre builds their pure-fibre network across the country.

Underneath the streets of Gigabit Cities in the midlands, like Leicester, Nottingham, Derby and Cambridge, miles of fibre optic cables now deliver pure fibre network speeds and unlimited bandwidth directly to the premises of the cities’ inhabitants.

The speeds revolutionise a region’s efficiency as a whole and facilitate economic growth. CityFibre’s £4bn project to roll out FTTP Gigabit broadband plans to reach 8 million households by 2025.

For cities like Leicester and Nottingham, this investment has enabled digital growth that has pushed them to become hotspots for tech start-ups. 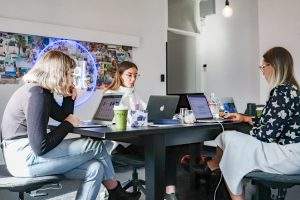 SMEs across the region can take advantage of speeds able to give them the edge over competitors in different parts of the country, whilst large companies are flocking toward Gigabit cities like these when building their headquarters.

The economic impact of CityFibre’s 26 city rollout could reportedly exceed £16.3bn, and the new digital infrastructure could create over 115,000 indirect jobs.

Gigabit networks are the future, and Gigabit cities allow the opportunity for innovative future planning. As digital technologies continue to evolve rapidly, in the information age we’re living in, Gigabit cities can adapt and create faster than ever.

Ultimately, access to the internet is increasingly considered as a human right, and CityFibre’s Gigabit cities push the UK forward in to a future that allows all citizens to not be hindered by slow, inconsistent internet connections.

to get ultrafast pureFibre in your area

Our mission is to deliver the fastest, high-grade internet available to turbocharge UK businesses.
Find out about our Gigabit Cities

Our mission is to bridge the digital divide for Midlands Residents and Businesses by delivering the fastest, most reliable internet connectivity available in the UK